Two Polish converts to Judaism pose for a portrait after their consecutive weddings in the Kazimerz district of Krakow. 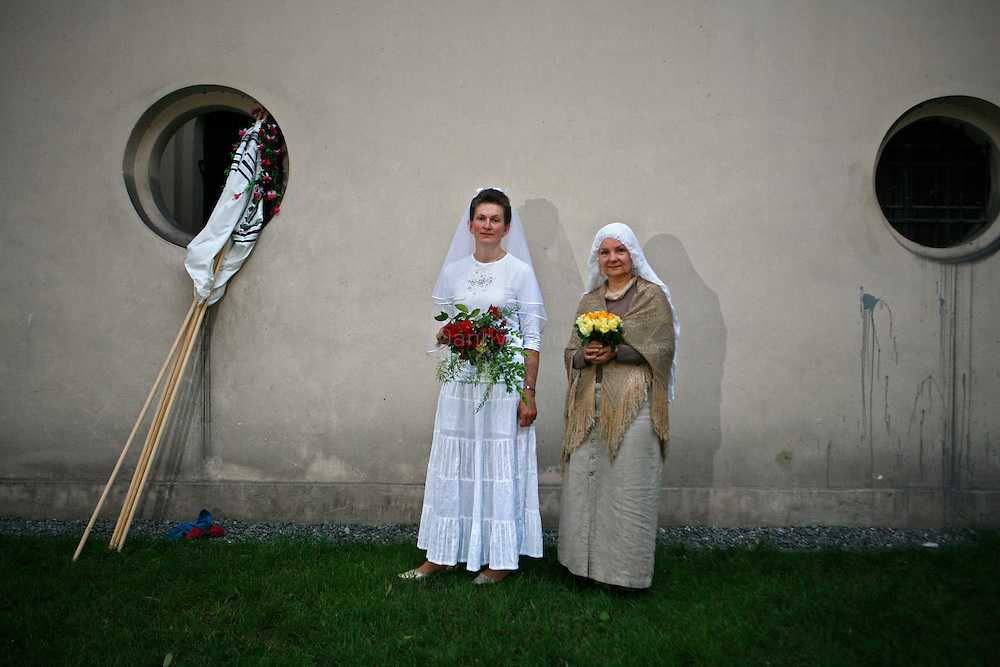