After a training session, the wrestlers take a dip in the holy Ganges river to wash off the dirt and pay tribute to the gods. The sport and its religious observance are deeply woven. Each akhara has its own shrine for the warrior god Hanuman. The ancient tradition of Indian wrestling, known as kushti, thrives in Varanasi, one of the world's oldest cities. Wrestling gyms, or akhara, scattered around the city are of the few places where Hindu men from different casts are considered equals. Aside from bodybuilding, practiioners emphasize a life of discipline and celibacy. But as modernity sweeps India and Western sports like cricket become more popular, some akhara are being abandoned. While some prominent, government-run gyms switched to mats for Olympic-style wrestling, akhara in villages and towns maintain the old ways. 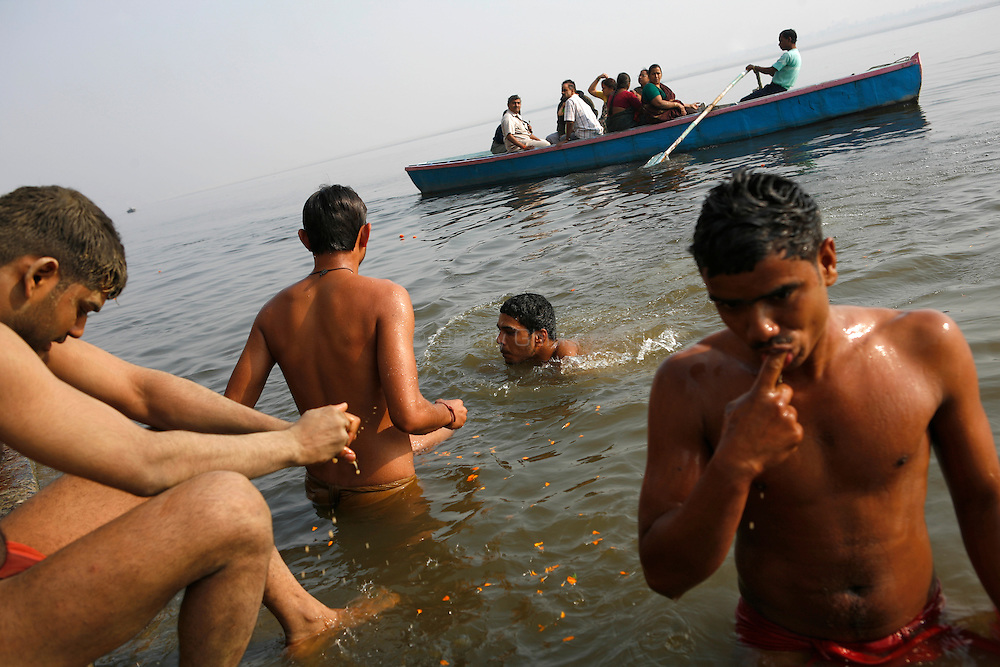