Thousands of people danced to klezmer music in the center of Kazimerz during the 20th Krakow Jewish Festival...Before the fall of communism in Poland, the former Jewish neighborhood of Kazimerz in Krakow was run down and dangerous to visit at night. Today, the area draws thousdands of tourists a year from around the world. The neighborhood was once a bustling center of Jewish life before it was wiped out during WWII. Jewish-themed restaurants and cafes serve traditional Jewish and Polish cuisine and restored synagogues contain exhibits detailing pre-war Jewish life in Poland. Some controversy exists over anti-Semitic paintings and woodwork in some gift shops and restaurants. Kazimerz is also the center of Krakow's night life, where tourists and students visit a variety of bars and night clubs. Klezmer music has seen a comeback as well, and musicians play concerts weekly. A short walk across the river to the south takes you to the former wartime ghetto and Oscar Schindler's factory, famously depicted in Steven Spielberg's film Schindler's List. The film was one of the determining factors in bringing attention to the Kazimerz district, resulting in massive restoration efforts. 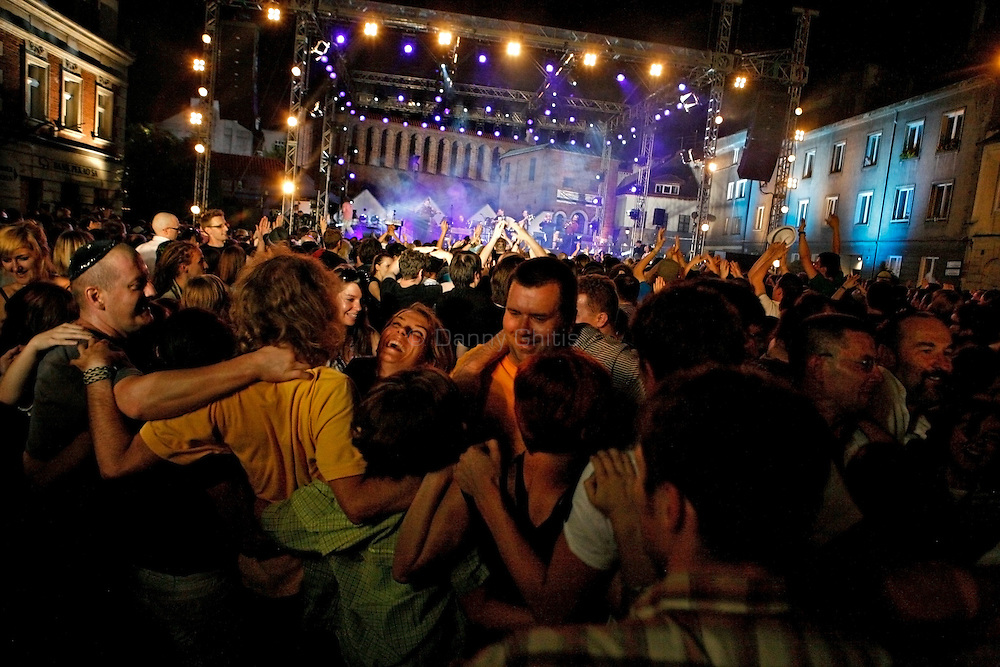