The city earned the nickname "Ft. Liquordale" in the 80s when hundreds of thousands of college students flocked to its shores every March for spring break. Chaos reigned for the whole month with a displaced frat party on steroids. Public urination/nudity/intoxication was the norm, and the quiet residents and retirees has to step aside...These days the city has clamped down on the debauchery, catering toward wealthy tourists by replacing cheap hotels with a skyline of luxury condos. Las Olas Boulevard nearby offers upscale boutiques, art galleries and fine dining. On the beach, Mounted police maintain the strict new regulations, checking IDs for underage drinking and posing a constant reminder of the consequences for bad behavior. ..But many students still return in hopes of reigniting the legend of Ft. Lauderdale beach. 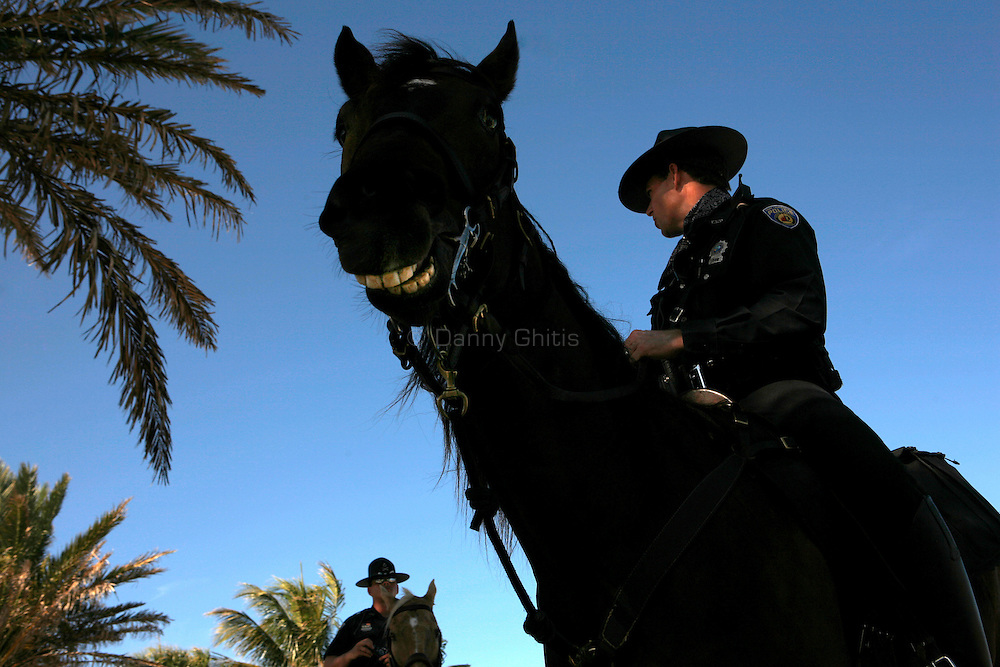