A professional wrestling coach from the city's Olympic-style gym visits to help train for an upcoming tournament. He is revered as a wise man and the men touch his feet when he enters as a sign of respect. The ancient tradition of Indian wrestling, known as kushti, thrives in Varanasi, one of the world's oldest cities. Wrestling gyms, or akhara, scattered around the city are of the few places where Hindu men from different casts are considered equals. Aside from bodybuilding, practiioners emphasize a life of discipline and celibacy. But as modernity sweeps India and Western sports like cricket become more popular, some akhara are being abandoned. While some prominent, government-run gyms switched to mats for Olympic-style wrestling, akhara in villages and towns maintain the old ways. 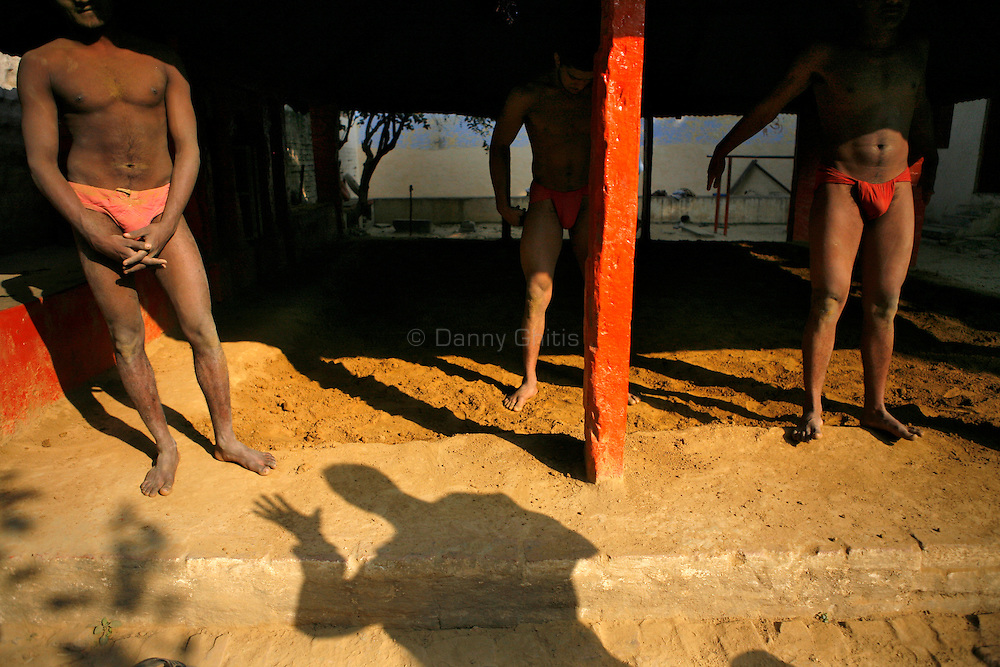