A group of cantors belt harmonies during a reception at the Galicja Jewish Museum in Kazimerz. 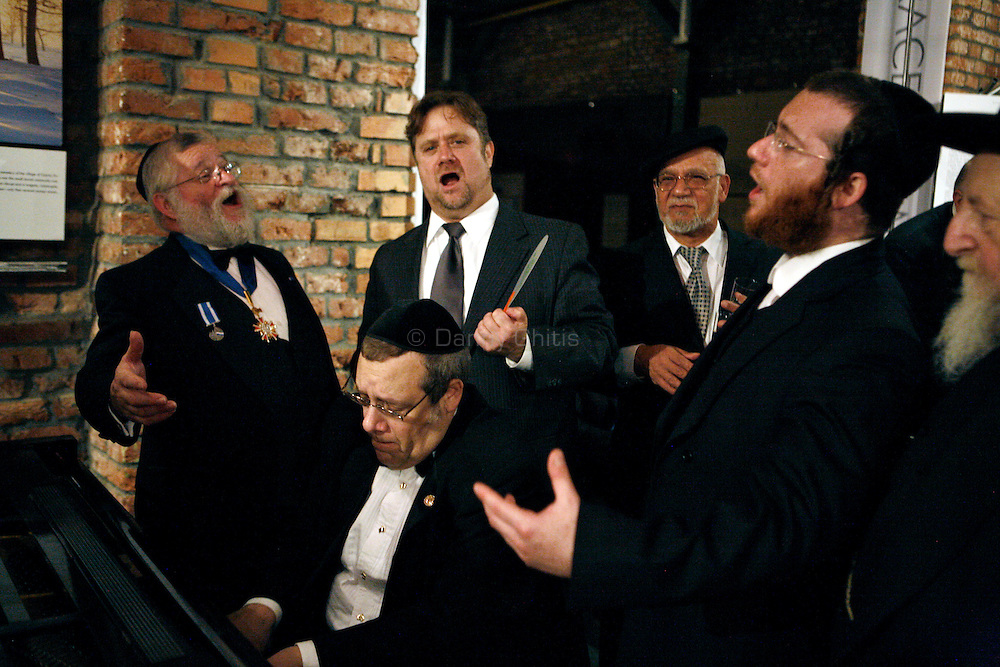