While adults make up the majority of Magic players, some start young. Sebastian Templeton, almost two years old, played with dice while his parents competed in tournament events. His mother, Heather Templeton, went into labor soon after a competition in Anchorage, Alaska. His parents have been avid Magic players since they were married ten years ago. They plan to buy a box of cards with the release of each new set. "By the time he's 16, it'll probably be enough to pay for his college," said his father James Templeton. 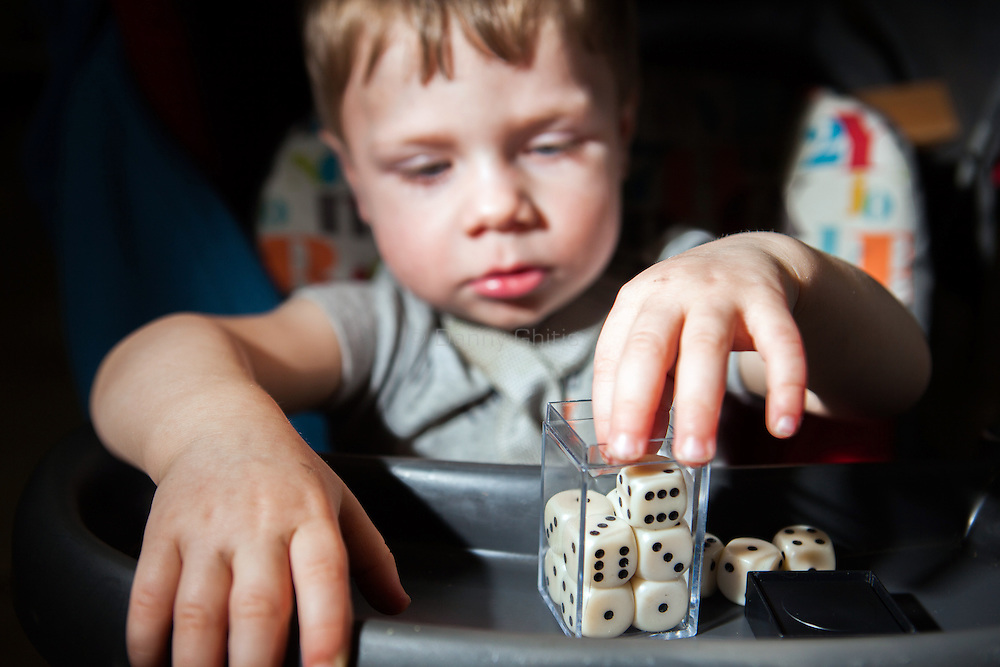