People leaving a memorial mass at Wawel Castle in Krakow read copies of the newspaper Gazeta Krakowska with headlines announcing the Polish president's death. .Thousands of Krakovians attended a mass at Wawel Castle to honor Polish President Lech Kaczynski. He and many of the country's top leaders were killed in a plane crash Saturday morning on route to the site of a Soviet massacre of Polish officers during World War II. . April 10, 2010 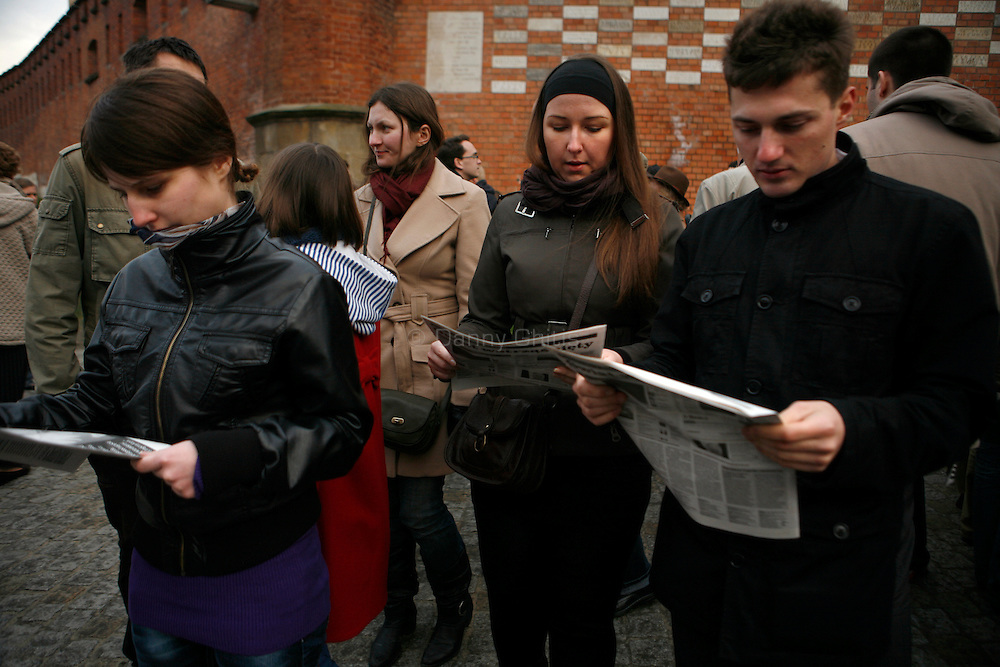