One of several replicas of pianos belonging to Fredrick Chopin is on display at Wolnica Plaza in Kazimerz. It is part of Chopin in the City, a series of public exhibitions celebrating the late composer's music. 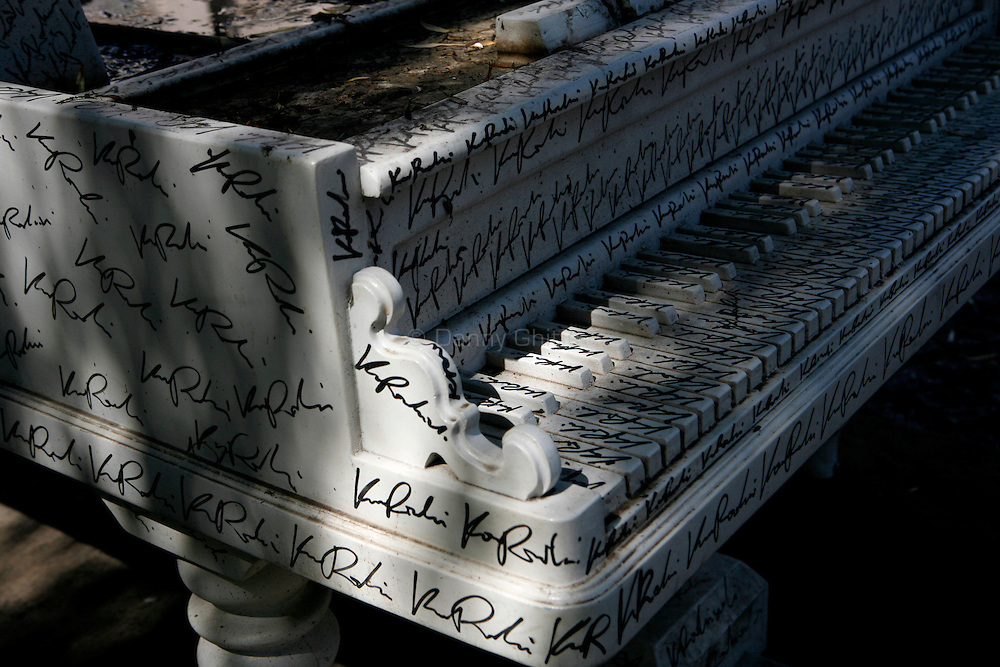